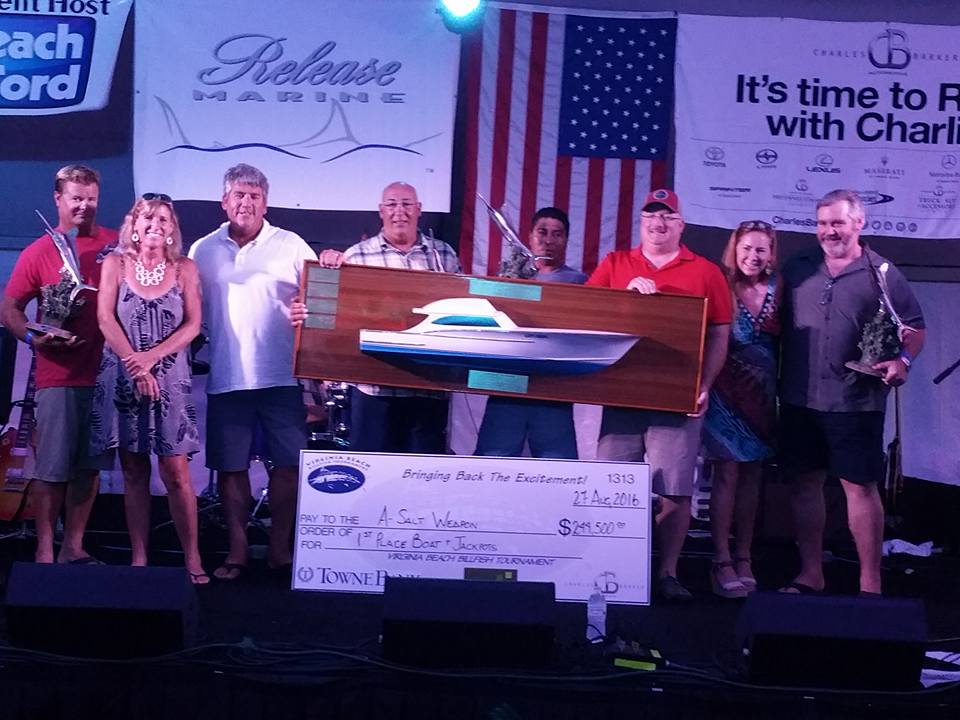 annual Virginia Beach BillfishTournament, August 24-27, sitting at the Rudee Inlet docks for their required lay day during the final day of fishing to see if the team’s lead was good enough for victory. As it turned out the 23 billfish released by A-SALT WEAPON and crew the first two days were more than enough to comfortably capture the win in the prestigious Virginia Beach Tournament. The team was honored with the prestigious F. Wayne Mcleskey top boat award in honor of the late Wayne Mcleskey whom with his love and support of the tournament from its creation has allowed the event to be held on his property south of the Rudee Inlet along with gifts and contributions. Paul Mann Custom Boats sends a huge shout out and congratulation to the owners and team aboard A-SALT WEAPON during this great Virginia Beach competition! The Paul Mann fleet has had a beneficial season and is very proud to continue winning during the 2016 tournament season!