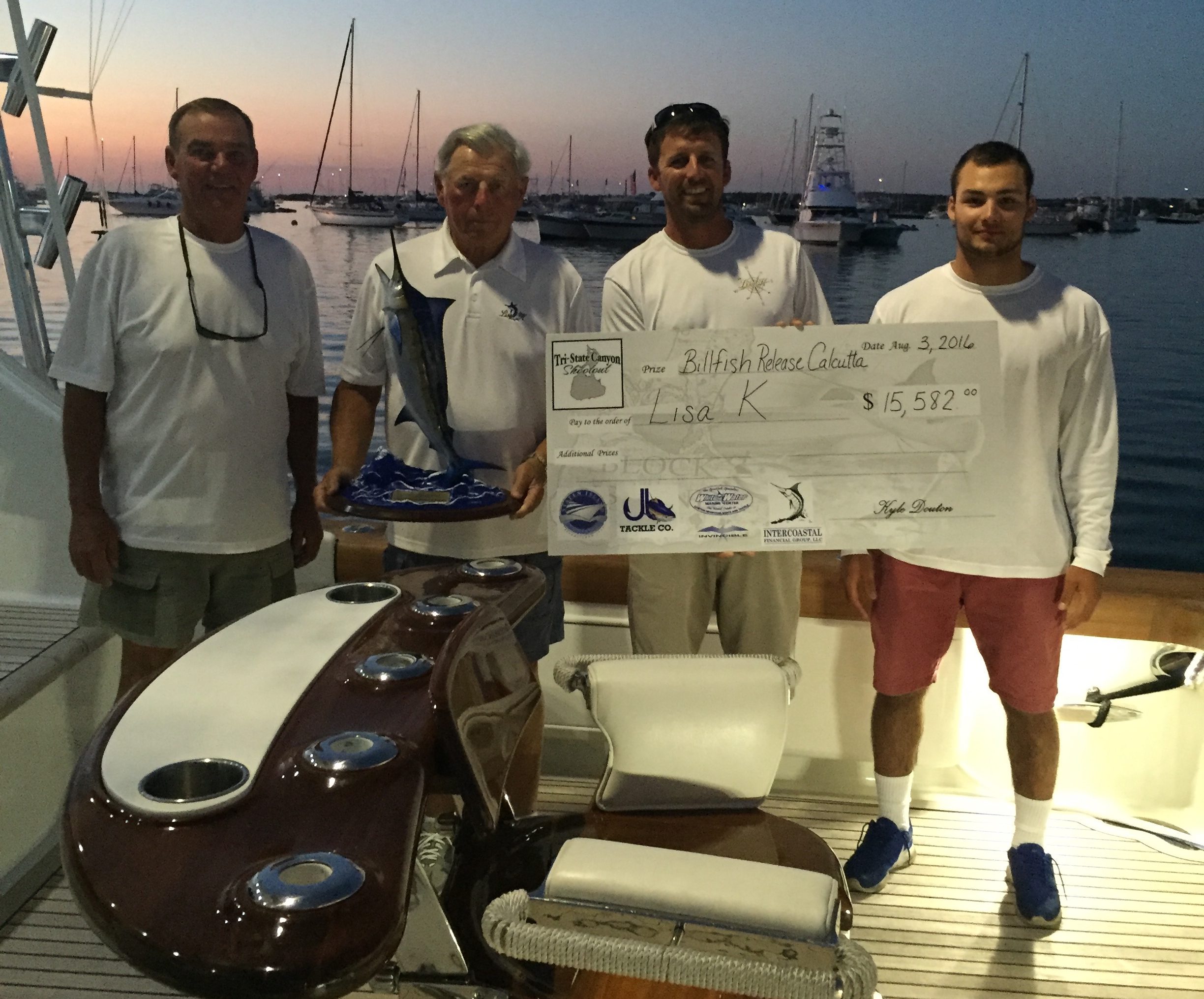 The Paul Mann 67-foot LISA K won the billfish release category by a big margin with a fantastic number of seven white marlin releases during one of the Northeast’s most competitive and popular tournaments, the Tri-State Canyon Shoot Out, July 31-August 3, 2016, in Block Island, RI. LISA K owner Ernest Audet was the angler on four of the marlin, and these fish put the Stuart, FL, team of Audet, Mark D’Andrea, Tyler Browel and Terry McCurdy though a lot of fast action on Tuesday, August 2. Nevertheless, the team took care of business and racked up an impressive 490