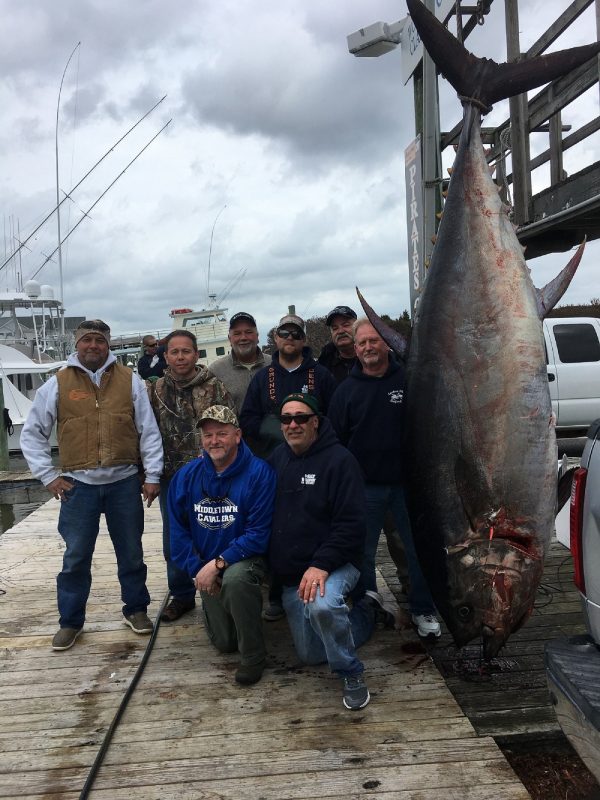 Captain Dennis Endee with a charter team aboard the A-SALT WEAPON, a 56-foot Paul Mann custom owned by Greg Russell and Andy Purgason, achieved a new North Carolina state record with an 877-pound Bluefin tuna on March 17, 2018. Retired Army General Scott Chambers of Townsend, Delaware, reeled in the huge Bluefin after fighting with the fish for two-and-a-half hours off Oregon Inlet. It measured 113 inches curved fork length (tracing the contour of the body from the tip of the nose to the fork in the tail) and had a girth of 79 inches. Chambers caught the fish using trolling dead 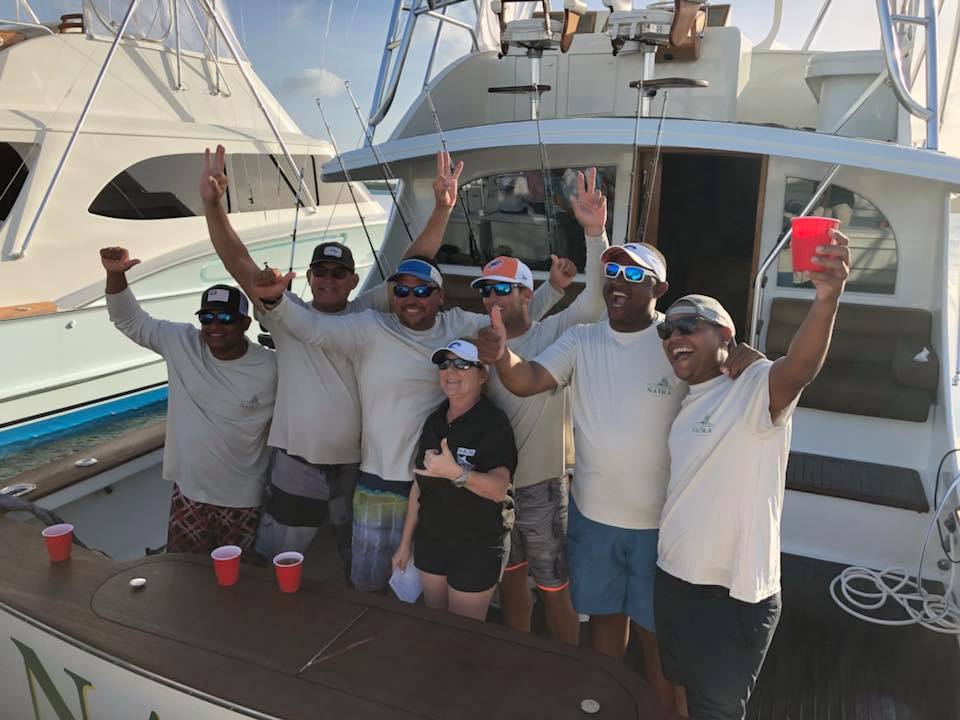 Huge congratulations to Team NAIRA and Captain Jimmy Marin aboard the 57’ Paul Mann for once again winning the Presidential Aruba Caribbean Cup with 1900 points including a grand slam the final day! Team NAIRA has won the Aruba Caribbean Cup four of the last five tournaments - Top Boat! In spite of some of the roughest seas, it was an incredible tournament! Bincho Mansur is owner of NAIRA but was busy running a triathlon during the tournament! There was plenty of competition however in this Aruba leg of the Presidential Challenge as team ALINA with captain/Owner Eric Mansur

[caption id="attachment_1309" align="alignleft" width="273"] Keith Hudgins, Craig Revere, Capt. Fin Gaddy, Bailey Hudgins, Bill Hudgins, Steve Callis, Nick Rhem, Mate Colin Oxnard, and (kneeling) Josh Theil. Not pictured, Brad Hudgins.[/caption] WOW! Bite of a lifetime! The team aboard the Paul Mann custom built 56-foot sportfish QUALIFIER hooked up a real monster not long after “lines in” on Friday, August 25, 2017, at the Virginia Beach Billfish Tournament. According to owner Captain Fin Gaddy, “I was watching the spread when this fish came completely out of the water from the side and completely crushed my short shotgun. It has to be the 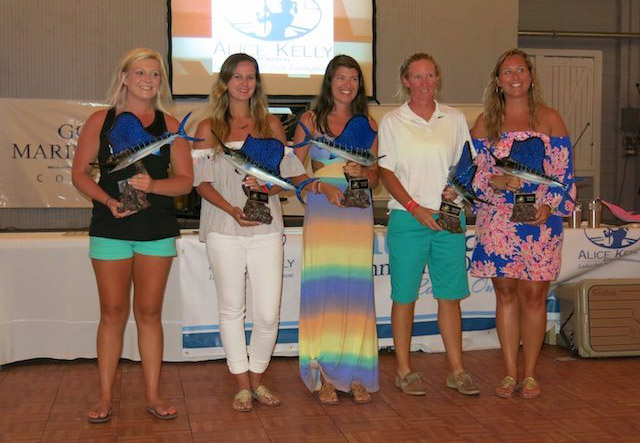 The team aboard 54' Paul Mann TRUE GRIT held second place positon after a full day of action and tough competition from all 97 boats entered in the 28th Alice Kelly Ladies Only Tournament on August 13. TRUE GRIT, captained by Hank Beasley, racked up three sailfish releases, good for 300 points to take  second. The Alice Kelly Tournament is held to promote and fund breast cancer charities and is one of the most popular and successful ladies only anglers billfishing charity events in the world. And TRUE GRIT was not the only Paul Mann boat to enjoy winning a top 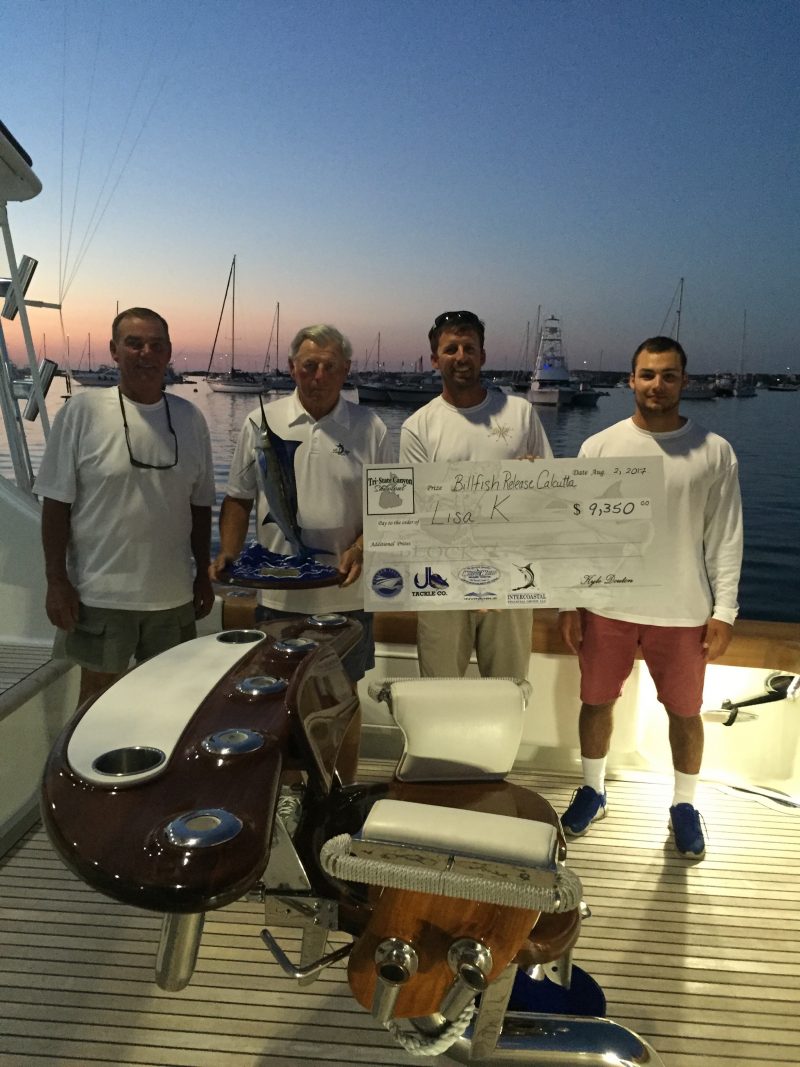 For the third year in a row, the team aboard the Paul Mann 67-foot LISA K was a big winner in the billfish release category for white marlin with a beautiful catch by angler Terry McCurdy during one of the Northeast’s most competitive and popular tournaments, the Tri-State Canyon Shoot Out July 29-August 2, 2017. LISA K also finished 2nd in the Wahoo Div. with a 45 lb. wahoo and 10th in the Yellowfin Div. with a 65 lb. yellowfin. This is LISA K’s third year of winning in the billfish category. LISA K owner Ernest Audet was the angler on 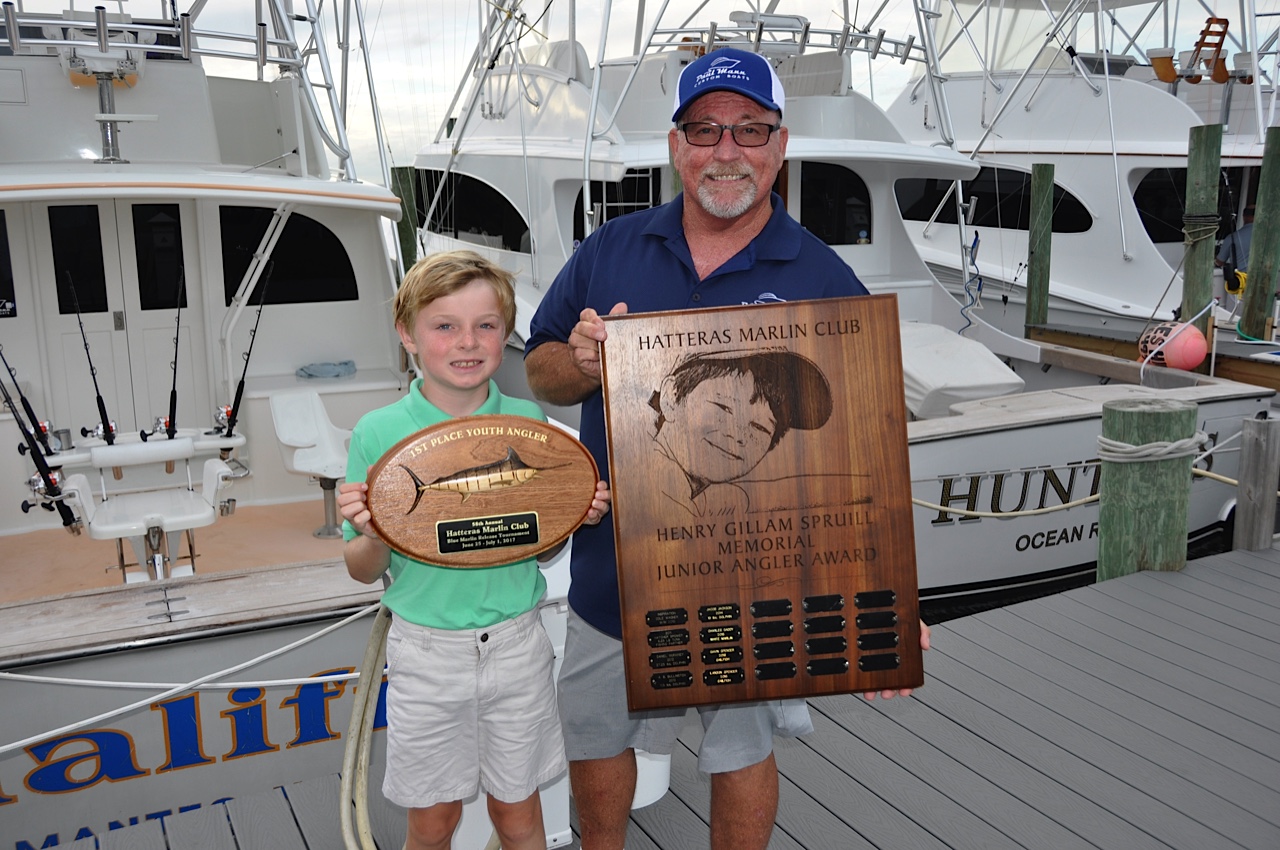 A proud Jr. Angler! Young Charles Gaddy(left), fishing with team QUALIFIER, aboard the Paul Mann 56-foot, owned and captained by his father Fin Gaddy, captured the top Jr. Angler award at the Hatteras Marlin Club Tournament June 25th – 30th. The young man caught a blue marlin unassisted as well as two sailfish! The trophies were so large and impressive that young Charles needed help from Paul Mann himself (right) to show off the awards to the camera. Pretty work Charles Gaddy and team QUALIFIER! [caption id="attachment_1323" align="alignleft" width="300"] Charles Gaddy (Fin Gaddy, Charles' father, is at the whole on the 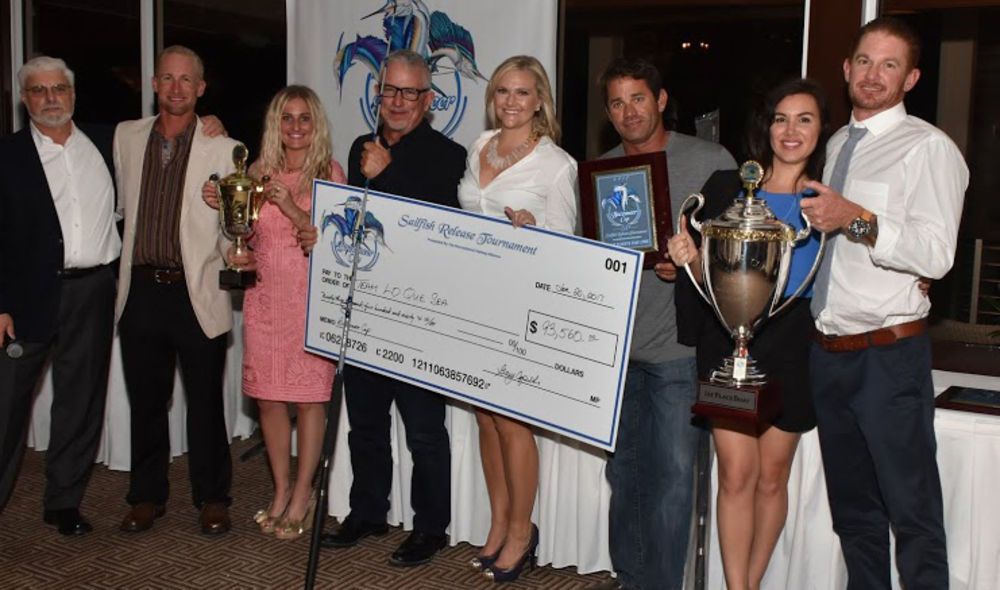 When the cold fronts come to Florida in winter the sailfishing along Florida’s Gold Coast can be incredible! This year during the 54th Annual Buccaneer Cup Tournament, it was without a doubt slower than usual. But the team aboard the 58-foot Paul Mann LO QUE SEA have some proven successful methods and they love to fish and win against the very best no matter the conditions! They did it again! Huge congratulations to Owner Tony Huerta, Captain Kevin Paul and Mate Lenny Schlin as well as Wallace Higenbothem, all team members aboard during the two days of fishing at the